AVAILABLE TO LICENCE THROUGH 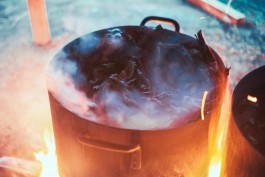 As the world becomes increasingly homogenised by the reach of globalisation, a growing number of people across the globe are seeking a truth not yet diluted by corporations, and who believe western medicine has failed to treat their physical and mental ailments.

I spent a month with a group of these global citizens who are looking for answers to their problems deep in the Peruvian jungle. This is what I found. 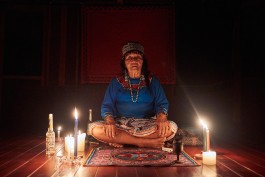 Many believe the world has become a sick place; that humans have fallen out of balance with natural rhythms and systems; that resources are being consumed far quicker than they can be replenished, that technology designed to bring us together has instead fostered segregation and isolation. Huge populations have become divorced from our impact on the world, big business has shielded us from the realities of how the clothes we wear, the products we use and the food we eat are really produced.

The World Health Organization estimates that 300 million people suffer from depression – around 4% of the world population.


This figure rises to 6.7% in the US, and carries an estimated cost of $210 billion each year. Someone, somewhere takes their own life every 30 seconds.

Current treatments for depression are ineffective in 80% of patients,

even when success is said to be achieved if the symptoms have merely been numbed. Treatments for physical conditions often follow the same model: alleviating the symptoms rather than rooting out the cause.

The rise of opioid-based painkillers has led to an epidemic of addiction, abuse and overdose in most developed Western nations. The trend has been blamed on pharmaceutical companies’ thirst for ever-increasing profits. Two of the biggest government lobbying groups in the US – the American Pain Foundation and the American Pain Society – who successfully pushed for changes in the law to allow the widespread prescription of these drugs, have since shut down after media reports of how they were funded by major pharmaceutical companies. 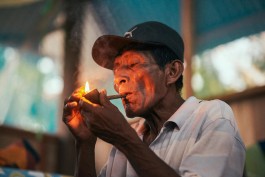 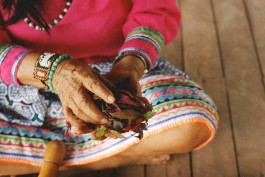 New forms of treatment for both mental and physical pain has been steadily rising from the indigenous cultures of the world, and has gained momentum with westerners seeking alternative relief from the afflictions they suffer.

Indigenous treatments consist of a mix of psychoactive and non-psychoactive plant medicines taken in ceremonial settings. That this blend of science and spirituality, of plants and ritual, can succeed where modern western medicine has failed, has left many practitioners of established Western medicine mystified.

The Beckley Foundation, a US-based research group, has successfully treated psychological disorders such depression, anxiety, and PTSD using ayahuasca, an entheogenic brew made out of the Banisteriopsis caapi vine and other ingredients. They also found the traditional spiritual medicine was able to stimulate the birth of new neurons in the adult brain, a phenomenon previously thought impossible. This could open up the possibility of cures for brain damage, Alzheimer’s, dementia and Parkinson’s disease.

However the illegal nature of the substances in most Western nations is hindering research. Big Pharma is taking note, slowing the progress as it twists the arm of governments to help create a maze of red tape whilst simultaneously investing in patents surrounding the research as they look to protect their future profits.

On the trail of these old world treatments, I spent a month at a centre in the Peruvian jungle named Niwe Rao Xobo or ‘Flying Tree House’. My hosts were a Shipibo family of healers, who welcomed a group of westerners who had travelled across the globe to seek help from the family’s ancient traditions and medicine.

The Shipibo family I documented come from a long line of tribal healers and are regarded as among the pinnacle of Shipibo ‘Meastros’ or teachers. The family do working with the now familiar vision-inducing ayahuasca, otherwise known as ‘the Medicine’, but choose to focus most of their time on the lesser known Master Plant Dietas, which combines the use of ayahuasca with other so called Master Plants. 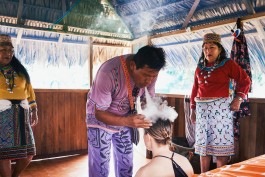 These Master Plant Dietas originate from an ancient right of passage taken by adolescent healers who were training to become Maestros. Often lasting months or even years, trainees would venture alone into the jungle in order to connect deeply with nature and receive messages from plant spirits.

The Shipibo believe plants are sentient beings that are able to communicate both with each other and if we are open to it, with us. Today’s westerners are guided by the Maestros who work with these plant spirits and are said to be able to realign energies within the body, enabling the healing of both physical and psychological conditions.

The Dietas are not to be taken lightly and are designed primarily for those who have previous experience with The Medicine and are seeking deeper healing. It’s a far cry from the casual use of other psychedelic drugs that many have experienced in the West, requiring a deep level of commitment and is more akin to a stay in a psychedelic intensive care unit than a holiday camp.

‘Pasajeros’, or passengers, are encouraged to stay in near isolation for much of their stay and adhere to an extremely restricted diet, not just during time with the family but also for around a month before and often months following the treatment. This enables a deep inward journey and connection to their chosen Master Plant. These restrictions, if adhered to correctly, are said to create a lifelong bond and ally with their plant as well create a powerful life reset.

Even though the science does back up this process to a certain extent, it requires a huge leap of faith to be able to suspend disbelief in these ancient rituals and dive head first into a world that most westerners know very little about. 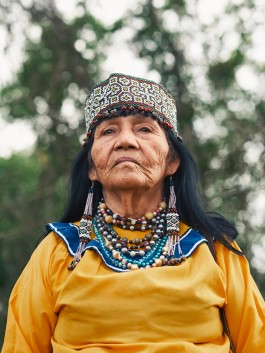 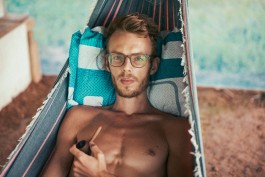